Plant a tree in memory of Nelson
An environmentally-friendly option 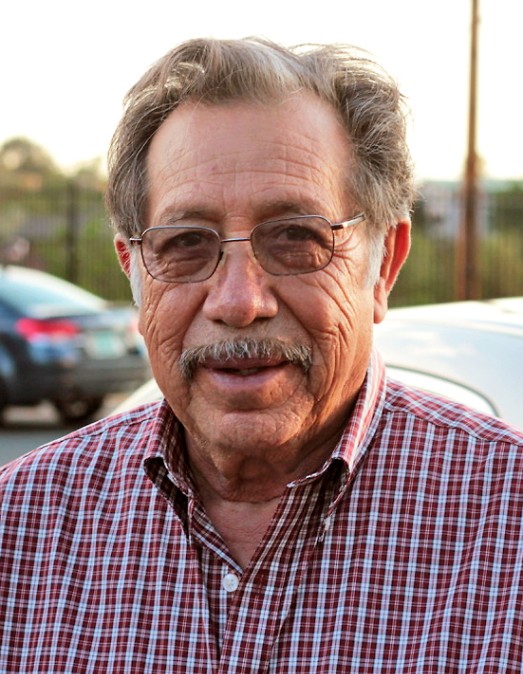 Nelson C. Martinez, 84, went to be with his Lord and Savior Jesus Christ in the early hours of March 26, 2021 at his home in Española. A beloved husband, father and grandfather, he passed away peacefully in his sleep while in hospice after a period of declining health.

Nelson was born in Truchas on April 15, 1936, the eldest son of Epimenio and Sofronia Martinez. He was raised in the Presbyterian Church and attended boarding school from the age of 12 at Menaul School in Albuquerque. He enlisted in the US Army in 1954 and was stationed in Germany and France, where he served as a Military Police Officer. After his honorable discharge, he attended New Mexico Highlands University, majoring in business.

He met Shirley Alire of Dixon while working in Santa Fe between semesters. The two were married at the Bethel Baptist Church in Española on December 9, 1961 after he finished college. The couple eventually made their home in the San Pedro neighborhood, raising three children — Carol Renee, Eric, and Lisa Christian — in the Baptist Christian faith. The family was active at First Baptist Church in Española, where Nelson was a member for 59 years. He became a church deacon, serving until his daughter Christian’s stroke focused his attention back home.

Nelson loved spending time with his eight grandchildren, the first born in 1984 and the last in 2011. Each grandchild was very close with their grandpa, filling the Martinez home in San Pedro with constant activity, especially after his 1992 retirement from the State Highway Department, where he worked for over 30 years, including serving as project manager of the Taos Highway fencing project.

There will be a Celebration of Life service on Thursday, April 8, 2021 at 6:00 p.m. at the First Baptist Church of Espanola, 913 La Joya St. A private burial will be held at the Santa Fe National Cemetery at a later date. Due to Covid-19 restrictions, masks and social distancing will be observed.

The Martinez family would like to thank Presbyterian's Hospice team, First Baptist Church, and all other friends and family who have offered support and condolences. The family of Nelson C. Martinez has entrusted their loved one to DeVargas Funeral Home & Crematory of the Española Valley.

Plant a tree in memory of Nelson by clicking here.
To send flowers to Nelson's family, please visit our floral store.

Plant a tree in memory of Nelson
An environmentally-friendly option

Plant a tree in memory of Nelson

2 trees planted in memory of Nelson

Sorry for your loss
Danny McClung and Terri DeBacker

A Memorial Tree was ordered in memory of Nelson C. Martinez by Danny McClung and Terri DeBacker.  Plant a Tree

Our deepest condolences to the family of Nelson Martinez.  May God wrap him in his loving arms and console the Martinez family during this difficult time of grief.  We hope your warm memories of Nelson bring you comfort and relieve your sorrow.  May he rest In peace.  We pray for him.

My deepest condolences to the Martinez family. May the Lord comfort you in this very sad time🙏

Shirley, Carol Renee,  Eric, Christian and all the family,
We offer our heartfelt condolences to you and ask our Lord to comfort you and fill you with peace as only He can. Nelson raised a family of believers and his legacy lives on through his children and grandchildren who serve the Lord faithfully.

Shirley, Renee and all the Martinez Family, our sincere condolences on the death of your beloved husband, father and grandfather.  May Our Lord Jesus Christ comfort you and may happy memories help ease the pain.

Plant a tree in memory of Nelson