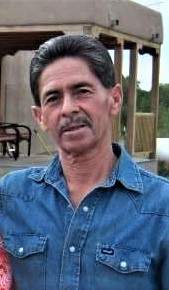 Tomas Joseph Sandoval , 66, a resident of Ojo Caliente and formerly of Cordova passed away peacefully on Thursday, February 11, 2021 in his home surrounded by his loving family. He was preceded in death by his infant sister, Elaine; maternal grandparents, Alfredo and Jacobita Vigil; paternal grandparents, Santiago and Delfina Sandoval; sister-in-law, Eva Campos; brother-in-law, Ronnie Martinez; grandmother; Celia Alire; and many other family and friends.

Tomas grew up in Cordova. He was a loving and kind son, husband, father, grandfather, great-grandfather, brother, uncle, brother-in-law, and a friend to all who knew him. He found his joy in becoming a mason bricklayer. He worked throughout New Mexico and took pride in his work and was a perfectionist. He was also an avid outdoorsman. His favorite past time was riding his horses Betsy, Holmes, Buck, and Baby Girl (Pepper) up to the Pecos Wilderness. Tomas was very proud and talked about the time he served as a Hermano Mayor in the Morada in Cordova. He will be greatly missed.

A public visitation will take place Friday, February 19, 2021 from 3:00 p.m. to 7:00 pm. in the Sangre de Cristo Chapel of DeVargas Funeral Home & Crematory. A private family mass will take place at a later date.

The family of Tomas Joseph Sandoval has entrusted the care of their loved one to the DeVargas Funeral Home & Crematory of the Espanola Valley.

To order memorial trees or send flowers to the family in memory of Tomas Sandoval, please visit our flower store.