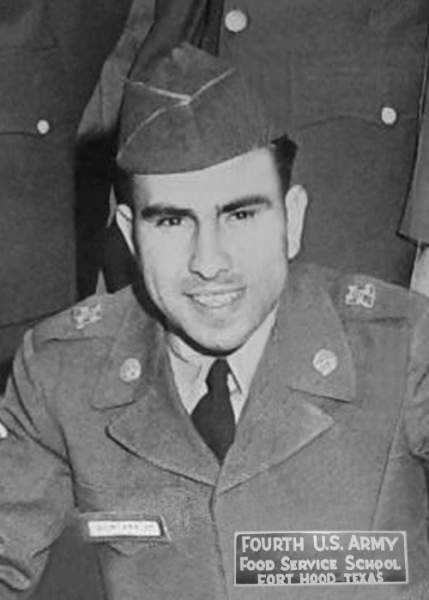 Stephen V. Quintana 86, a lifelong resident of Santa Cruz, NM. Went to his Heavenly home to be with the Lord on January 6, 2022.

He is preceded in death by his wife Rosie Quintana, Daughter Judy, and Steven the 3rd also his parents Desiderio Rafael Quintana and Clorinda. Siblings: Beatrice Martinez and husband Henry. Brother: Eloy, Robert, Joe and Urban Quintana Father-in-law Julian Garcia and mother-in-law Betty. As well as other beloved.

Stephen attended Santa Cruz High School and shortly afterwards joined the US Army National Guard, where he served for twelve years. It was also during this time that he met and married Rosie Garcia from Hernandez, NM and they started their family. He was devoted and loving husband and father.

Throughout the years he would become a skilled construction worker and heavy equipment operator. He worked at the Abiquiu Damn and joined the teamsters Union where he worked for construction at LANL as a Heavy Equipped Operator, mostly driving dump trucks and tractors. During his employment with LANL while driving heavy equipment, he sustained a traumatic neck and spine injury that eventually left him permanently disabled.

Nevertheless, he didn’t give up. He had a good attitude and loved life. After his wife’s passing in 2008, he continued to be self-sufficient and lived independently. Despite his health issues, he never complained about his aches and pains. He was content watching wrestling and western movies on tv, listening to music, and having friends and family drop by to visit. He will be remembered for his joking sense of humor and his friendly disposition.

Steven V. Quintana Rosery will begin on Saturday January 22nd at 10:30 with A Mass to follow at 11:00am at Holy Cross Church in Santa Cruz

The family of Stephen V. Quintana has entrusted the care of their loved one to DeVargas Funeral Home and crematory of the Espanola Valley 505-747-7477 www.devargasfuneral.com

To order memorial trees or send flowers to the family in memory of Stephen Quintana, please visit our flower store.