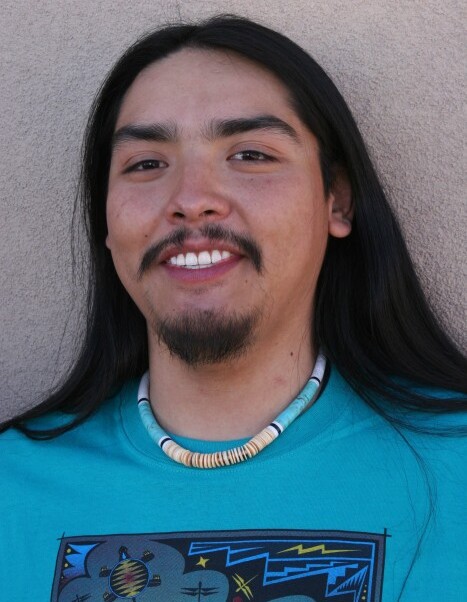 Samuel Montoya, 31, a former resident of Velarde, who recently moved to Greely, CO passed away April 15, 2021.

Samuel was a happy go lucky guy and he was extremely intelligent. He was an avid reader and had a deep love for Scooby-Doo, The Doors, and Godzilla. He graduated from Northern with a degree in music. His musical instrument was the bass and guitar but was very versatile in many instruments. A lover of all types of music but jazz was more his favorite. Being a chef was one of his many passions, he loved to cook. As a giving person, he would offer his shirt to anyone in need. He was blessed to have many wonderful friends. Another thing he was known for was his art. He would craft Kachina dolls, dreamcatchers, jewelry, and other beautiful artistries. He loved to participate in traditional dances. He held the traditions of the Jemez Pueblo close to his heart.

Samuel is survived by his mother Genevieve Waquie; brother Byron Montoya, Milton, and Ben Toya; sister Cassandra Toya; Aunts Mary Montoya, Pricilla Waquie, and Mary Panana; Uncle Jimmy Montoya and his wife Yolanda Montoya; his best friends Miguel Romero, and Tony, Felicia and Roberta. As well as many nieces, nephews, cousins and other relatives and friends. For all who knew him he will be missed and remember his great smile.

To order memorial trees or send flowers to the family in memory of Samuel Montoya, please visit our flower store.