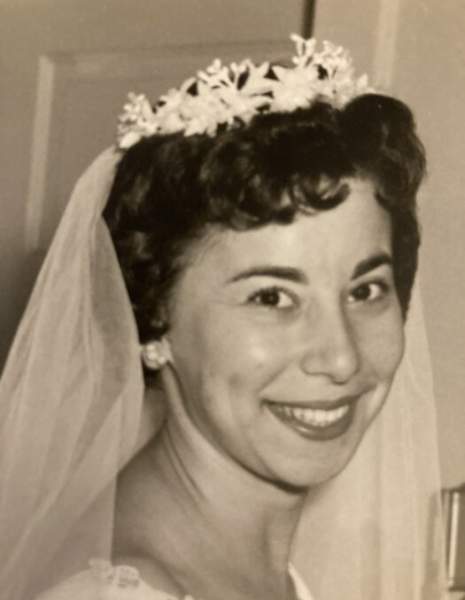 
Ruth Chávez, of Albuquerque and Los Alamos, passed away peacefully on November 29, 2021, at home.

Ruth was preceded in death by her husband of sixty years, Frank Chávez, her parents Jesús and Aurelia Alarid, her mother-in-law Gertrude Archuleta, her
brother Manuel, and her son Michael.

She is survived by her son Craig Chávez and wife Venita, her daughter Janice Chávez-Romero, and her son-in-law Ken Broussard. She is also survived by her beloved grandchildren Allison Keys (bestower of the name everyone knew her by, “Ma”) and husband David, John Michael Romero and wife Eva, Jessica, Krista and Nolan Romero, Lucario and Elise Chávez and her first great-grandchild Lily Marie. She is also survived by her sister Mary Jo Sánchez, her brother James Alarid and wife Marlane, special cousin Geraldine O’Leary, and many nieces and nephews.

Ruth lived in Albuquerque, New Mexico for most of her life. She loved Albuquerque. She graduated from the College of St. Joseph on the Rio Grande and from the University of New Mexico receiving both a bachelor’s degree and a master’s plus 54 hours in Education. She worked as a classroom teacher and as a reading specialist for Albuquerque Public Schools until her retirement.

Ruth loved to shop and was an expert at finding sales. She would visit The Center often and would watch the items she was interested in until a $70 dress was marked down to $3.99. She loved Madame Alexander dolls, jewelry, and Hallmark ornaments. She always wore lipstick and was very generous, asking if others might want to borrow her lipstick. Her signature color was pink.

A highlight of 2021 was spending time with her first great-grandchild Lily Marie although she did state “he’s heavy”. Thankfully she liked the name Lily.

The family of Ruth Chávez has entrusted their loved one to De Vargas Funeral Home
of the Española Valley.

To order memorial trees or send flowers to the family in memory of Ruth Chavez, please visit our flower store.