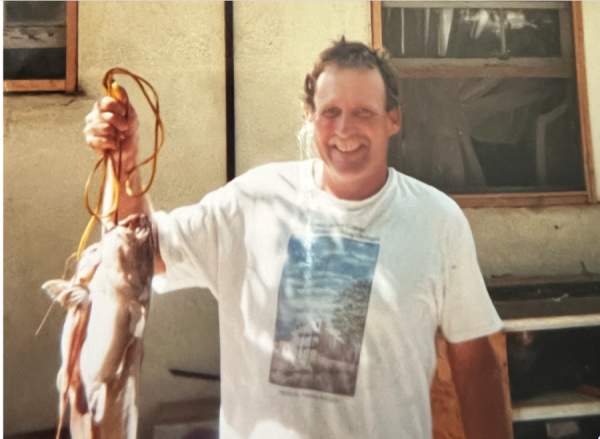 Russell Allen Goshorn age 66, passed away peacefully on Friday, May 20, 2022, at Presbyterian Downtown Hospital in Albuquerque New Mexico. He was surrounded by those who loved him most. He was born January 19, 1956 in Florida to Robert (Bob) and Shirley Goshorn. He married his wife Naomi Goshorn on November 5, 1983. He worked as a carpenter for most of his life, a very hard worker and provider. He raised 3 children and 2 grandchildren. He was a loving father and grandfather (Pompa). He had a great sense of humor and was always making people laugh. He was also always helping others everyone’s handyman. He is loved deeply by many. Russ is reunited in heaven with his mother Shirley, older brother Randy, his son Mario and mother in-law Katie Kirkwood. He is survived by his wife Naomi Goshorn, Father Bob, Sisters Shelly and Becky, brother Rick, daughters Gina and Christina, Grandchildren Kaila, Courtney, Joseph, Soulara and Skyla, and great-grandchildren Emma, Benjamin, Joseph Jr., Hazel and Zaydyn As well as nieces and nephews. Family and friends are invited to a Celebration of Life on July 16th, 2022, at 2:00pm at The Church of Jesus Christ of Latter-day Saints 1008 Fairview Ln, Espanola NM 87532.

To order memorial trees or send flowers to the family in memory of Russell Goshorn, please visit our flower store.