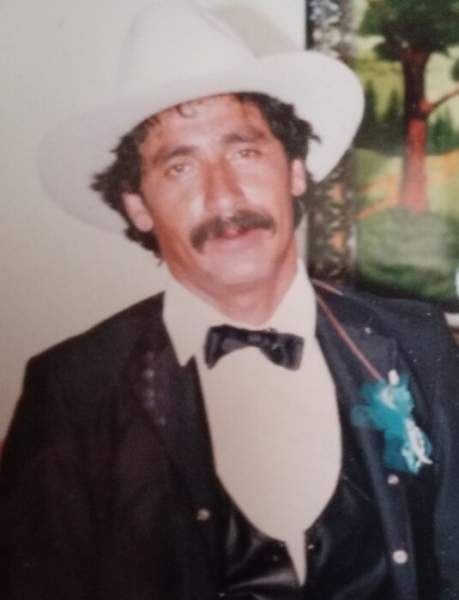 Ruben Diaz Saenz was born on January 30, 1963, to Marina and Marcello Diaz in Chihuahua then moved to New Mexico in 2009. Where he met his wife Dolores and got married in 1990. He was preceded in death by his parents Marina and Marcello Diaz. Two brothers Carlos and Francisco Diaz four brothers-in-law Leonard, Ronnie, Ricky Padilla and Joe Vigil and his stepdaughter Christine Vigil Ornellas

He is survived by his wife Dolores Diaz and stepchildren who were very close to one another, Juan Marquez, Mich Diaz and wife Bonita, Adrianna Vigil, Domingo Ornellas, Brother in law Ross and Vickie Padilla, Fabian and Christine Padilla, Edward Padilla, Nelson Padilla Isaac Maestas. Sister in laws Bernie Vigil, Mary, and Teddy Romero, Edna and Regino Salazar and Manuelita and Jose Morales.

To order memorial trees or send flowers to the family in memory of Ruben Diaz Saenz, please visit our flower store.