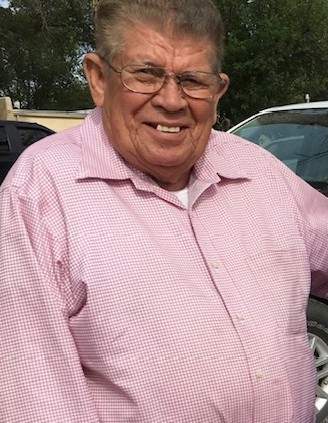 Roberto Jaramillo, 88 of Chimayó, NM was called home to be with the Lord. On March 25, 2022 Roberto passed away peacefully in his home surrounded by his loved ones. He was born on October 18, 1933, and is preceded in death by his father Victoriano Jaramillo, mother Celestina Jaramillo, beloved younger brother Carlitos Jaramillo, grandson Damian Jaramillo, sister-in-law Nora Jaramillo, nephews Donny and Darin Jaramillo.

Roberto was a well-known lifelong resident of Chimayó. He was also generous, dedicated, and hardworking. He worked for the National Park Service, Restaurante Rancho de Chimayó, and Hotel St. Francis where he made many life long friends. He was called “El Conejo” by his friends for being the fastest runner growing up. He enjoyed telling jokes and making people laugh. He had an infectious laugh and personality which will not be forgotten. He was a loyal son, brother, husband, father, uncle, Padrino, great-grandfather, and especially grandfather.

Please join our family in celebrating the life of our dearly beloved Roberto as we remember and honor him. A rosary will be prayed at DeVargas Funeral Home on Friday, April 22, 2022, at 6:00pm. The funeral mass will be held at the Holy Family Parish in Chimayó at 10:00am on Saturday, April 23, 2022. A burial service will follow where he will be laid to rest at “El Potrero” Cemetery in Chimayó.

The family of Roberto Jaramillo has entrusted the care of their loved one to the DeVargas Funeral Home & Crematory of the Espanola Valley. 505-747-7477 www.devargasfuneral.com

To order memorial trees or send flowers to the family in memory of Roberto Jaramillo, please visit our flower store.