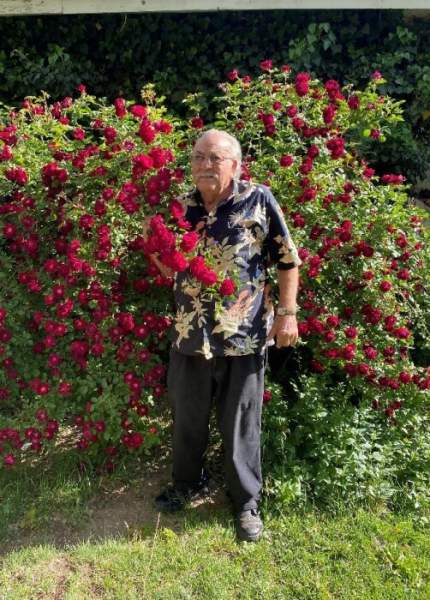 For those of you who knew Orlando know how kind, caring, generous, and how loving of a person he was. He was a loving husband, father, grandfather, and great grandfather. He was one of the friendliest persons you could have ever met. He could walk into a room and immediately start up a conversation and make friends with anyone. He enjoyed hunting, fishing, and camping and created many memories with his family doing what he loved. Orlando worked for the Espanola Public schools for over 20 years but had the privilege of enjoying many years of retirement.

Orlando was loved greatly by his family and friends and he will be greatly missed. A rosary will be held on Wednesday, February 10, 2021 at 1:00 p.m. at La Iglesia de Santa Cruz de la Canada, with a Memorial mass to be held at 1:30 p.m. Burial will follow at the Holy Cross Cemetery in Santa Cruz.

Services will be live Streamed

Honorary Pallbearers are his grandsons, Orlando Archuleta Jr, Eric Archuleta, Joey Martinez, and Jacob and Christopher Serrano who thought of Orlando as a grandfather as well.

The family of Orlando Martinez has entrusted their loved one to DeVargas Funeral Home & Crematory of the Espanola Valley. 505-747-7477-www.devargasfuneral.com

To order memorial trees or send flowers to the family in memory of Orlando Martinez (Red), please visit our flower store.