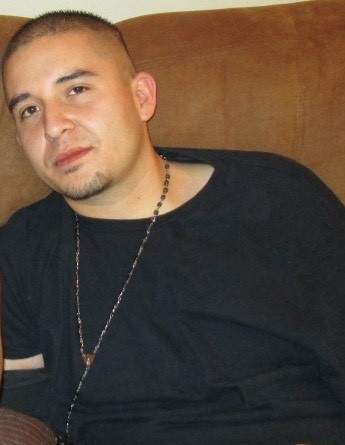 Nikki Lee Valdez, 33, a resident of Nambe, was unexpectedly called home to be with our Lord on Friday October 29, 2021. He was preceded in death by his great-grandparents Joe and Tive Valdez, great- grandfather Ben B. Valdez, and uncle Gino Valdez.

Nikki graduated from Pojoaque Valley High School in 2006 and continued his education in Information Technology (IT) at the University of New Mexico. Nikki was tech savvy when it came to the use of computers, networking, and securing and exchanging information through electronic devices. He was the go-to person when it came to IT.

Nikki lived life to the fullest. He was a huge fan of WWE and WWF. As a child, he would dress up as his favorite wrestlers and attend every show that came to town. Nikki had every championship belt and action figure that was sold. He often practiced his moves on anyone that would allow him to. He was an extremely dedicated fan of the San Francisco 49er's. Win or lose, Nikki would be sporting his team’s jersey with pride.

Nikki enjoyed spending time with his family, especially with his grandma Lala, and with his long-time girlfriend Breanna with whom he was inseparable from. He had a great love for the Lord and was a very loving and forgiving person. He will be greatly missed.

A rosary will be recited at 6:00 pm on Monday, November 15, 2021 at the DeVargas Funeral Home of Espanola . Mass of the Christian Burial will take place at 10:00 am on November 16, 2021 at the Nambe Church with burial to follow at the Pojoaque Cemetery.

The family of Nikki Lee Valdez has entrusted the care of their loved one to the DeVargas Funeral Home & Crematory of the Espanola Valley. 505-747-7477 www.devargasfuneral.com

To order memorial trees or send flowers to the family in memory of Nikki Valdez, please visit our flower store.