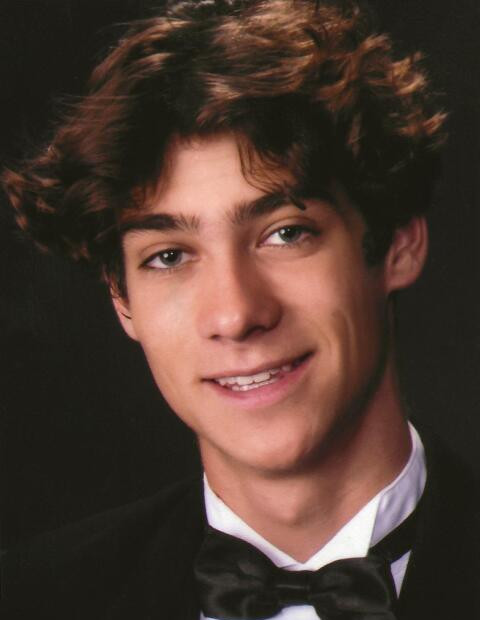 Nicholas Travis Joseph blazed through life like a shooting star - catapulting himself from one passion to the next, eager to soak up every piece of knowledge and excitement the world had to offer. Born January 29, 2000, he loved deeply and encouraged those around him to be adventurous. Everyone remembers his warmth and kindness.
Nicholas was born and raised in San Diego, graduated from High Tech High in 2018, and studied Russian literature at Reed College in Portland, Oregon until 2020. He died unexpectedly in New Mexico on August 11, 2022. Nicholas is survived by his parents, Lisa and Travis, sister Sierra, maternal grandmother Dora Arsenault of New York, paternal grandmother Belle Joseph of San Diego, and many aunts, uncles and cousins throughout the United States. He is predeceased by his grandfathers, Ernest Arsenault and Richard (Dick) Joseph Jr.
Nick always found new ways to have fun. As a toddler, he’d dress up as a superhero and run around the house. He was an active boy and played just about every sport possible. As the years went on, his passions for writing, literature and language took over. His greatest accomplishments were in his writings, which will forever be cherished. Nick leapt at any chance to travel. In 2019 he spent his summer in Russia, teaching English to school children. He was a scholar and loved literature, philosophy, music, and foreign films. He loved his books and always had them nearby. He was known to pack more books than clothes while travelling. One of his favorite adventures took him to a James Joyce literary pub crawl in Dublin, Ireland.
Nick touched the lives of everyone he met with his kindness, passion, charm, and zest for life. He had the gift of conversation; from cracking jokes to discussing literary themes and politics, he was at ease with everyone. In addition to being adventurous and intelligent, he was a kind soul and deeply loved by all. Nicholas was spiritual and wise beyond his years; he always had a connection with the afterlife. While in preschool his great-grandmother passed away. He told his mother without worry that it was okay, she had become an angel. He knew life was larger than this world, and we believe his time on Earth was just a stop along the way of a greater adventure. His journey has just begun.
Nick’s family will host a Celebration of Life service on Friday, August 26 at 6 p.m. at the Mission Trails Regional Park Visitor’s Center in San Diego, CA.
In lieu of flowers, the family suggests a donation to:
Portuguese Historical Center Scholarship Fund, In Memory of Nicholas Joseph
Address: PO Box 60749 San Diego CA 92166-8749
Venmo: @PortugueseHistoricalCenter Reference Nicholas Joseph Scholarship Fund

To plant a beautiful memorial tree in memory of Nicholas Joseph, please visit our Tree Store.

To order memorial trees or send flowers to the family in memory of Nicholas Joseph, please visit our flower store.