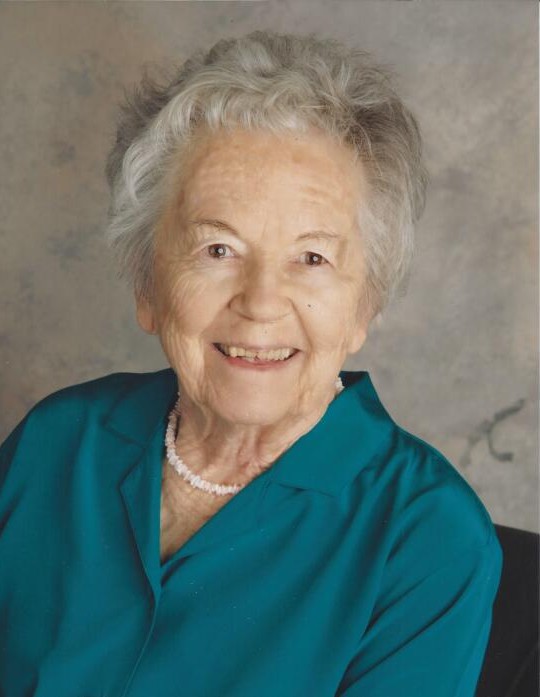 The only daughter of Henry Murphy and Mary Sophie Douglas, Molly was born and grew up in Portland, Oregon.   As a child, Molly liked to garden.  In 1933 her rose garden won Second Grand Prize for the Royal Rosarian and 4H Club Rose Contest in Portland.  Molly attended Multnomah High School, then transferred across town to attend Commerce High School, where she learned bookkeeping, typing, shorthand, and college preparatory subjects.  After high school, she worked as secretary for the president of the First National Bank of Portland.   Molly rode on the Bank’s Float in the Portland Rose Parade.

Molly loved to ski, and met her future husband Dale Holm in the Ski Patrol Room at Timberline Lodge Ski Area, Mount Hood, where Dale lay with a broken leg.  They were married in 1949, the same day he graduated from Lewis and Clark College with a BS in Physics.  Molly was secretary of the Physics Department while Dale finished Graduate School at Oregon State University in Corvallis.  Molly moved to Los Alamos with Dale, arriving at the main security gate by the airport in 1952.  As the family grew, she moved the household from a single bedroom Sundt to larger homes on Walnut, Woodland, and finally to the home that she and Dale were building on Barranca Mesa.  She lived there for the next 59 years, and was blessed to have her mother close and living in the same house for 23 of those years.

Molly continued to ski with her family in Los Alamos, enjoying the annual Skiesta and using the rope tows at Sawyers Hill, before the ski hill moved to Pajarito Mountain in 1957.  After the move, she enjoyed the improvement from rope tows, to T-bar, and then chair lifts, as well as the new lodge.

As her children grew up and left the nest, regular outings with the Over-The-Hill-Hikers kept Molly in shape, and birds seen on those hikes were her particular source of pleasure.  A pair of binoculars and a bird book were always at hand.  She was active with the League of Women Voters, and enjoyed playing her piano.  She and Dale taught dance classes at the Lodge and the Senior Center for many years, helping both young and old share in the joys of ballroom dance.  Many LAHS prom dancers got their start with Molly and Dale.  She was dignified, gracious and kind, and one student described her as a “Real Lady.”

To order memorial trees or send flowers to the family in memory of Molly Holm, please visit our flower store.