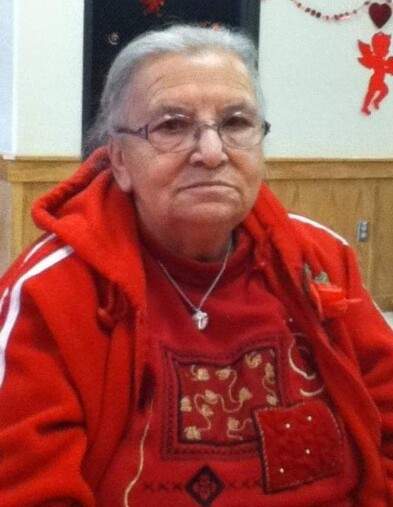 Melicia A Gonzales 91, of Llano De San Juan passed away on April 20,2021 surrounded by loved ones, She was born May 14,1929 to Alejandro & Soraida Gonsalez, She was preceded in death by her parents and brothers, Benjamin Lujan, Cilo Gonzales, Eli Gonzales, and Abran Gonzalez. She survived by her niece Faby(leo) Mondragon who was also know as her Daughter. Children who she considered as her grandchildren Joseph(Michelle)Mondragon, Abigail Mondragon(rick), Andrew Sanchez(Merly) and Deanna Sanchez(Billy). Grandchildren whom made her day a little brighter when she was feeling down, Mayson,Aquamarie and Nikko Guinn, Alivia Sanchez, Kay’den, Kay’son and Aubriannah Grant. Her nieces and nephew who have always been there for her in good times and bad, Patsy(Marvin)valdez, Erica Lopez(Robert), Lillian Vigil, Richard(Theresa)Gonzalez, and a friend who was always there for Melicia, Connie Guinn. And many more. She will be greatly missed. A Rosary will take place on Monday April 26, 2021 at DeVargas Funeral Home at 7:00 pm. Mass of the Christian Burial will take place on Tuesday April 27th at 11:00 am at St. Anthony's Catholic Church in Penasco with burial to follow at Llano de San Juan Cemetery. The family of Melicia Gonzales has entrusted their loved one to the DeVargas Funeral Home & Crematory of the Espanola Valley.

To order memorial trees or send flowers to the family in memory of Melicia Gonzales, please visit our flower store.