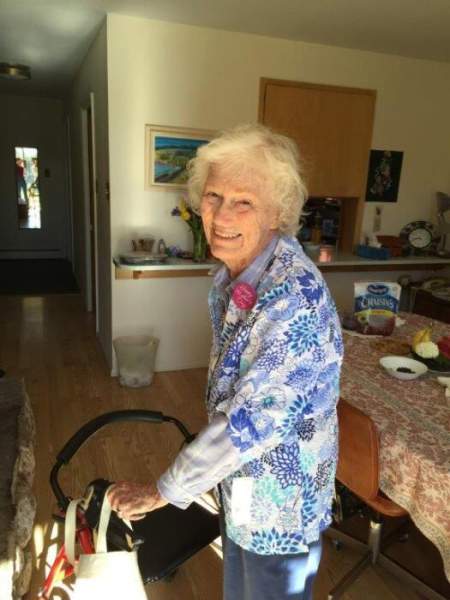 Margaret Farris Neher passed away 7/21/2022. She was born in Fresno CA and was the first of four children. She was nick-named: “Margaruth” by her parents and later went by: “Meg.”  Meg grew up in “Hollywood Land” as it was previously named before it became “Hollywood.”  She graduated from Pomona College in 1943 with a bachelor’s in chemistry and was married to the love of her life, Leland Neher, in May of 1943. Her pilot father Pat Farris’s response to Lee’s proposal for Meg’s hand in marriage was: “Well... Margaret Ruth always gets what she wants.” The young couple moved to Boston where Lee began his work with MIT and Meg got a job as a DIC-Staff member in 1945. In 1946 the couple moved back to California and started their family. The couple moved to Los Alamos in 1953.  Meg was an avid and skilled cello player. She renewed her cello playing in 1966 when her last child was in kindergarten and brother-in-law Bob sold her a cello.  Meg performed with the Orchestra of Santa Fe, Los alamos Sinfonietta, and various chamber groups in the area. She raised her seven children with an appreciation of music and bonded many members of the community together in Chamber music. Meg and Lee loved to travel, and they took many road trips to see family and remote BLM sites. Meg made sure each child learned how to swim and she taught Synchronized swimming in the 1960’s at the high school pool. Meg’s goal to reach 100 years was fulfilled and she was determined to stay positive and always had a smile for whoever was near. Her family and friends all know her as one who would never say a bad word about anyone.  She was able to stay in her home with compassionate care from many care givers and family members and fought to stay vibrant by playing crossword puzzles, reading books, and giving out gentle but firm marching orders.

Donations can be made to Los Alamos Mesa Public Library.

The family of Margaret Farris Neher has entrusted the care of their loved one to DeVargus Funeral Home & Crematory of the Espanola Valley.

To order memorial trees or send flowers to the family in memory of Margaret Neher, please visit our flower store.