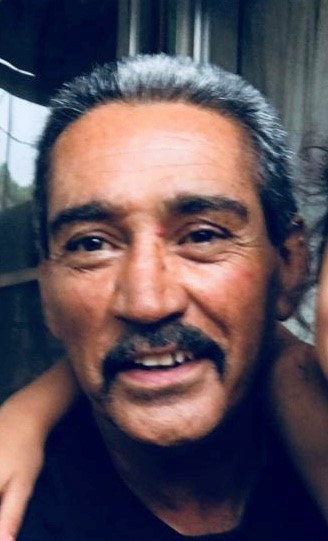 The Martinez family are sad to announce the passing of Manuel Eli Martinez Sr. Of Arroyo Del Agua. He passed at the age of 62 on May 13, 2022. Manuel passed away surrounded by his loved ones after a battle with cancer. Manuel was proceeded in death by his parents, Alfredo P. Martinez and Rafelita L. Martinez, his son Eric Martinez Sr., his brother Lonnie Martinez, and his brother-in-law Kenny Martinez Sr.

Manuel was a very fun, laid back and hardheaded, go with the flow kind of guy. He enjoyed life to the fullest and was never afraid of trying anything at least once. He enjoyed music and cruising his nice rides. He loved spending time with his grandchildren, nieces, and nephews, giving them rides in the wheelbarrow, sledding with them, chasing cows, eating bologna sandwiches in the mountains, and enjoying hiking adventures with them all. He shared a very close relationship with his little sister Joyce. They were two peas in a pod, together making life an adventure. And all the shenanigans him and his best friend Levi got into since they were kids will be memories in people’s lives that knew their friendship.

Services for Manuel E. Martinez will begin on Monday May 23, 2022, will a public visitation to begin at 6:00 p.m. in the Sangre de Cristo Chapel of DeVargas Funeral Home and a Devotional service to begin at 7:00 p.m. A graveside service will take place on Tuesday at 12:00 p.m. at the Coyote Catholic Cemetery with the following serving as pallbearers will be as follow; Larry Martinez Sr., Francisco Triana, Kenny Martinez Jr.,Hope Martinez, Jordon Triana and Patricia Baca. The Honorary pallbearers will be as follows: Kenny Martinez III and Lonnie Martinez, Levi Herrera, Delyliah Martinez, Janelle Martinez, Anthony Trujillo Jr., Calob Trujillo, Manuel Martinez III., and Eric Martinez jr.

The family of Manuel E Martinez has entrusted the care of their loved one to the DeVargas Funeral Home & Crematory of the Espanola Valley 505-747-7477 www.devargasfuneral.com

To order memorial trees or send flowers to the family in memory of Manuel Martinez, please visit our flower store.