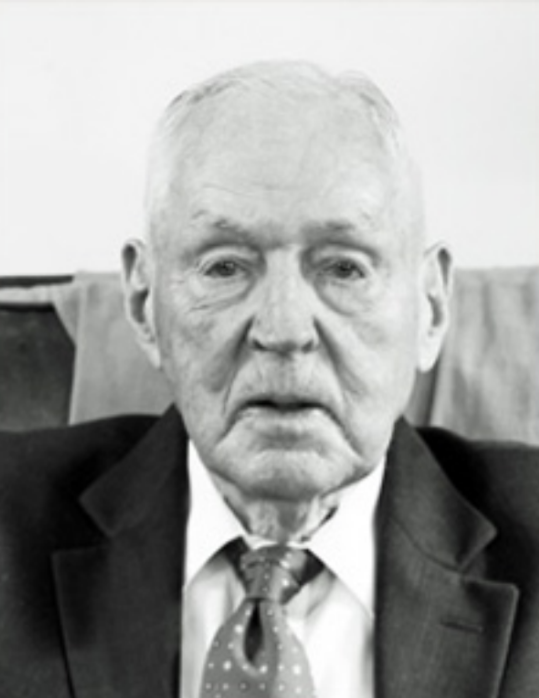 Loring Cox, Jr. was born on April 24, 1919 to Thomas Loring Cox and Araminta (Ninnie) Cox in Birch River, West Virginia.  He grew up on a farm in rural West Virginia, back when rural meant very basic, as one of ten children. After finishing school, he started working at a law firm, but soon had an opportunity to get a job with the federal government, which paid better and had more job security. At the outbreak of World War II, he was stationed in Bermuda. He volunteered for the Army Air Corps, much to the displeasure of his boss. He wasn’t able to qualify as a pilot but settled for the role of navigator bombardier. He was originally stationed at Kirtland AFB in Albuquerque, where he met Ruth Martin, who became his wife in a ceremony after the morning church service in Florence, South Carolina on March 7, 1944 shortly before he was sent to Europe.  In Europe he flew many missions into Germany in light bombers, and he was proud that all the missions he navigated came back safely.

Back home after the war he was looking for a job when an acquaintance from the Bermuda days, now an Army officer, asked him to come to Los Alamos to help tear down the town and build it again, as he liked to say. For many years he worked in the Housing office, looking after matching lab employees and other residents to the available accommodation.

Being a farm boy, Loring was an avid gardener, and in his spare time he built several vegetable gardens around the house – not an easy task with Los Alamos soil – to keep the family supplied with fresh carrots, peas and tomatoes. He also discovered the pleasures of trout fishing in the Rio Grande and spent many Saturdays in “the Box.”  Loring always wanted to be doing something, and he spent many hours refinishing furniture and building a few original pieces from wood he brought back from West Virginia.

After taking early retirement he worked several years at the local Credit Union to round out his pension, and then for many years as a volunteer at the Casa Mesita thrift shop where he handled outside sales. To some locals he was known as "the king of the back room at Casa Mesita."

Loring was always a frugal man, and in Bermuda he discovered that his per diem allowance more than covered his living expenses, so he started investing in government bonds. He continued this for the rest of his life, ultimately giving him a more than adequate pension.

In 2015, Loring was honored as one of that years Living Treasures of Los Alamos.

After his wife died, Loring looked after himself until well into his 90s, walking to the store every day and cooking his own meals, until his health started declining and he needed support. His family arranged home care for him, and in 2019 he celebrated his 100th birthday with his extended family. In the end he passed away peacefully at home in his own bed, exactly as he wished.

Loring was preceded in death by his parents, his wife, 6 sisters and 3 brothers. He is survived by his son, Kenneth (Lisbeth Heuse) of Wassenaar, Netherlands, his daughter, Barbara (Keith) Akins of Menominee, Michigan, 7 grandchildren and 14 great grandchildren, his wonderful caregivers for the past 3 years who became part of the family, Tyle and Marshalene Pablo, and his best friend for over 40 years, John Snodgrass of Great Neck, New York.

Due to Covid restrictions, no service will be held at this time.  A memorial service will be held at a later date.  People who wish to may make memorial contributions in Loring’s memory to First Baptist Church of Los Alamos, of which Loring was a founding member.  The family of Loring Cox, Jr. has entrusted their loved one to DeVargas Funeral Home & Crematory of the Española Valley.

To order memorial trees or send flowers to the family in memory of Loring Cox, Jr., please visit our flower store.