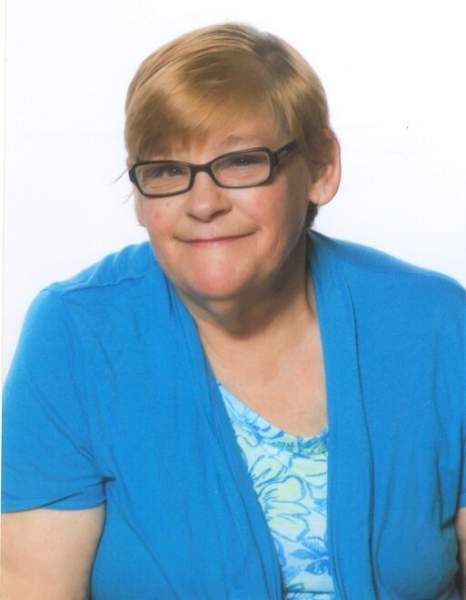 JUNE JOLENE “JUNE BUG” CARLSON , passed away at her home in Alcalde on Friday, January 29, 2021 at the age of 61. June was preceded in death by her parents; grandparents; husband, Thomas Rethwill; stepdaughters, Dawn and Jill Rethwill. She was born on October 17, 1959 in Comfrey, Minnesota to parents, Stanley and Arlene “Westphal” Carlson. June was baptized on November 29, 1959 at Sveadahl Lutheran Church in Sveadahl, MN. She went to school in Ormsby in Kindergarten, grade school in La Salle, MN and then St. James High School where she graduated in 1978. She married Thomas Rethwill in October 25, 1977. She lived in Sveadahl, La Salle, Darfur, Windom, Worthington and Jackson, MN where she started working at the Jackson Good Samaritan Center for 18 years. She moved to Alcalde with Larry Gasca in 2007 where she worked at the Española Valley Nursing ad Rehab and Sombrillo Nursing Home in Los Alamos until 2019. June always had a smile on her face and was willing to help other, especially her residents. She enjoyed spending time with her family and grandchildren and enjoyed going to casinos. June is survived by Larry Gasca; children, Jolene Martinez (Mitchell) of Española, Matthew Rethwill (Jessica) of New Ulm, MN, Kasey Reyna (Eric) of San Antonio, Texas; brothers, Darrell Carlson (Kathy) of St. James, MN, Darwin Carlson (Sabrina) of Madelia, MN; grandchildren, Jordan, Jazmine, Miranda, Heaven, Jasmin, Nick, Leticia, Bentley and Danica; nieces and nephews, Jerad, Kyle, Katie, Samantha, Jesse, Brittany and numerous other relatives and friends. She will be buried in Sveadahl at a later date. The family of June Jolene “June Bug” Carlson has entrusted their loved one to DeVargas Funeral Home & Crematory of the Española Valley.

To order memorial trees or send flowers to the family in memory of June Carlson, please visit our flower store.