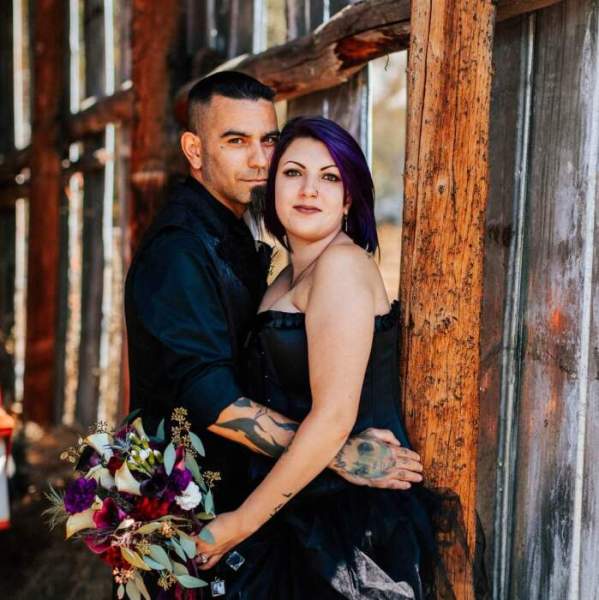 John Derek Griego (39) and wife Bryana Trejo-Griego (28) were abruptly taken from this earth on Sunday, September 5, 2021, one day before their one-year wedding anniversary.   After a fairytale wedding in Ancones, NM on September 6, 2020, John and Bryana were inseparable and their love, commitment, and dedication to each other serving as a model for all during these tumultuous times.  They shared a deep love for their families and brought beacons of joy and energy to all that they interacted with.  Both were talented artists and were employed by the State of New Mexico, John as a Paralegal in the Hearings Bureau, Department of Finance and Administration, and Bryana a Financial Specialist in the Income Support Division, Department of Human Services.  Their work ethic, passion and energetic personalities set them apart from their peers in each agency that they served.  John and Bryana and were talented artists, jewelry makers, and shared a passion for their pets Monty, Watson, Neggs, Pixie, Connie, and numerous chickens that Bryana named including Chicken Nugget, Juanita, Mother-Klucker, Khilo-Hen, and Yuki.  John and Bryana brought a ray of light and joy into this world, and they are now together forever.  Their departure from this earth has left a deep void in their families that will never be replaced, and they will never be forgotten.

A rosary will be recited on Friday, September 10, 2021 at 6:00 p.m. in the Sangre de Cristo Chapel of DeVargas Funeral Home & Crematory of the Espanola Valley. A memorial mass will be celebrated on Saturday, September 11, 2021 at 9:00 a.m. at Holy Cross Church in Santa Cruz with a burial to follow at 11:15 a.m. at Rosario Cemetery in Santa Fe .

The families of John Derek Griego and Bryana Trejo-Griego have entrusted the care of their loved one to DeVargas Funeral Home & Crematory of the Espanola Valley. 505-747-7477

To order memorial trees or send flowers to the family in memory of John & Bryana (Trejo) Griego, please visit our flower store.