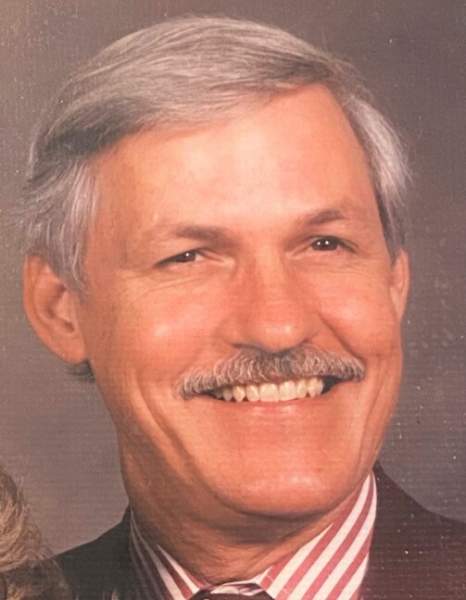 JEROME GEORGE KENYON , “Jerry,” was born on May 16, 1940 to Lucille Perry Kenyon and Earle Charles Kenyon in Jacksonville, Florida. He grew up in Jacksonville where he made lifelong friends who referred to themselves as “The Tubbies” and who met annually as adults to fish and catch up on life.  Jerry attended Robert E. Lee High School before his family moved to Umatilla, Florida.  He graduated from Umatilla High School and from the Wentworth Institute of Technology in Boston. He served in the National Guard from 1962 to 1968. He married Ann Walters in 1984.

Jerry joined the family business, E.C. Kenyon Construction Company, in 1962, where he later served as President. During this period, he served on the State of Florida Construction Regulatory Board (1991-93) and was a Board member of the Association of General Contractors (1988-98). Following a long career which included both commercial and luxury residential projects, in 1999 he and Ann retired to Abiquiu, New Mexico, where he designed and built their dream home.

Over his lifetime, Jerry had numerous hobbies which included woodworking, pottery, photography, stained glass and winemaking, among others. Most recently, he renovated an Airstream trailer, built several boats and even an ultralight airplane and hangar.  At any given time, there were multiple projects ongoing in his workshop.  Although humble, Jerry was an extremely talented craftsman and took pride in his work.

Jerry was preceded in death by his parents and two brothers, Dana B. Kenyon and Leslie J. Kenyon.  He is survived by his loving wife of 36 years, Ann Walters Kenyon, his two children, Heather Kenyon Oakley (Chris) and Jerome George Kenyon, Jr as well as his sister, Claire Kenyon Byrnes.  He is also survived by his five grandchildren, Caroline Oakley, Alex Oakley, Calvin Kenyon, Scarlett Kenyon and Jerome Kenyon, III.

Jerry died on December 27, 2020.  A private celebration of his life will be held in New Mexico at a later date. In lieu of flowers, Jerry requested that donations be made to the Abiquiu Volunteer Fire Department (c/o David Klein, PO Box 758, Abiquiu, NM  87510).  We would like to extend our heartfelt thanks to Dr. Fernando Bayardo and the ICU staff at Presbyterian Española Hospital for their compassionate care. The family of Jerome George Kenyon has entrusted their loved one to DeVargas Funeral Home & Crematory of the Española Valley.

To order memorial trees or send flowers to the family in memory of Jerome Kenyon, please visit our flower store.