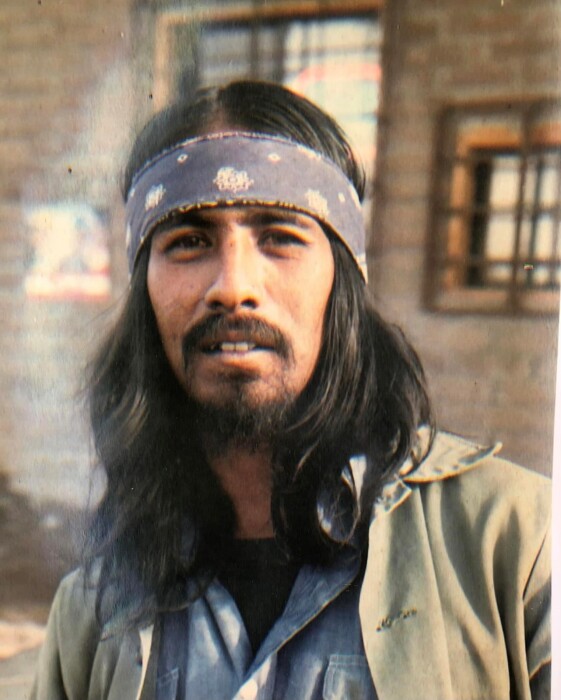 Jasper Martinez also known to everyone as chuck of Petaca New Mexico passed away on Saturday, May 21, 2022.  He was preceded in death by his parents Ben and Grace Martinez also of Petaca, His brothers Tommy and Raymond Martinez, nephews Juanito Martinez of Ojo Caliente, Reshawn Monia Hernandez of Chamita and his Padrino Larry Herrera and Madrina Bertha Esquibel.
Jasper is survived by his sisters Pauline and husband Randy Vigil of Ojo Caliente who took care of him till the end. Ercilia Martinez and companion Eluid from Ojito and Dora Martinez of Chamita, Olivia Jackson of Denver Colorado, brothers Michael Martinez of Española, Terry and wife Teresa of El Rancho, uncle Sebedio Benavidez. He was also survived by many nieces, nephews and cousins. Jasper was a kindhearted person and respected everyone he met. He opened his doors to his home to anyone who needed a place to stay, that’s just what kind of person he was. He will be greatly missed by all who knew him.


Public visitation and a rosary begin at 1:00 pm Saturday May 28th in the Sangre de Christo Chapel of DeVargas Funeral Home.
A special thanks to the Amber Care staff and to Mike for Jasper loved your prayers

To order memorial trees or send flowers to the family in memory of Jasper Martinez, please visit our flower store.