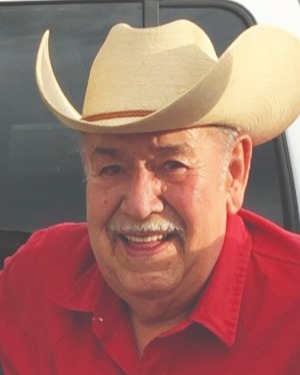 He was born on June 30, 1945 in the family home in Rio Chama, to Amarante and Presciliana Garcia and was the oldest of five children.

Guadalupe met Laura Torres in high school and they married on Nov. 27, 1965. He served in the United States Army and was honorably discharged.

Guadalupe and Laura left New Mexico in 1969 and lived in California for about five years, where Guadalupe worked as an accountant for California Federal. Their only child, Amarante, was born in 1974 and they moved back to the family home in Rio Chama in 1975.

He enjoyed fishing, hunting and gardening and would sometimes sell the produce he grew. He raised and kept livestock for many years and kept up with ranch life until he was unable to because of health issues.

Guadalupe was a people person and liked to joke with everyone — even strangers.

He was preceded in death by his parents, his brothers Jerry and Norberto, his sister Simmie; his father-in-law Arthur Torres, his mother-in-law Beulah Torres, brothers-in-law Robert and Philip Torres and nephew Nathan Garcia.

He’s also survived by sisters-in-law Cristina Garcia, Elizabeth Garcia and Kathy  and Lorraine Torres, as well as numerous other relatives and friends.

The family of Guadalupe Garcia has entrusted their loved one to DeVargas Funeral Home & Crematory of the beautiful Espanola Valley.  505.747.7477  www.devargasfuneral.com

To order memorial trees or send flowers to the family in memory of Guadalupe Garcia, please visit our flower store.