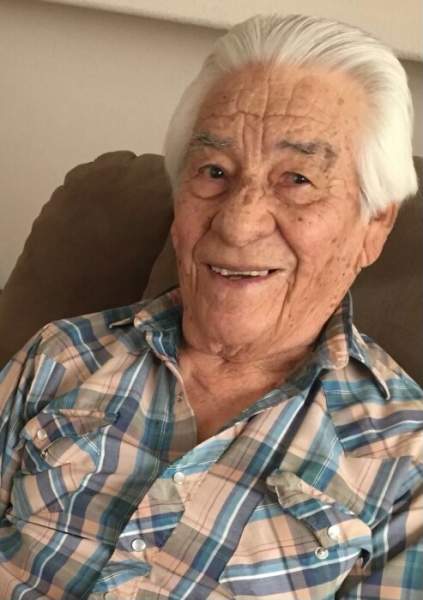 Gilbert Medina, 92, a lifelong resident of Chimayo, passed into eternal rest on January 18,2022, surrounded by his loving family. His memory will forever be cherished and kept alive by those who loved him.

Gilbert was a US Army Veteran who served in Japan after World War II. After his service he worked in law enforcement as a deputy with the Santa Fe County Sheriff’s Office and served as a Captain with the Espanola Police Department. After his retirement, he was an investigator with the Santa Fe District Attorney’s office.

He was a compassionate, dedicated, and honorable family man.

A special thank you to Nora Garcia, and Keith Garcia for helping care for him during his final days.

A rosary will be recited at the Holy Family Parish in Chimayo, NM on February 16, 2022 at 9:00 am, followed by a mass of Christian burial at 10:00 am. He will be laid to rest at the Santa Fe National Cemetery at a later date.

To order memorial trees or send flowers to the family in memory of Gilbert Medina, please visit our flower store.