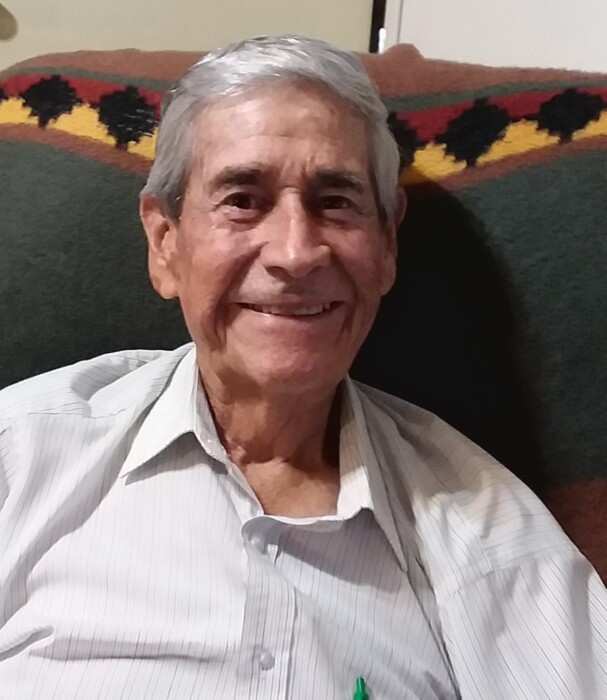 George was a kind man who was loved by many. He leaves behind many heart-broken family members and treasured friends.

George enjoyed spending time with his children and grandchildren. He was affectionately known for telling jokes, his love of fly fishing and playing the guitar. He loved horses and watching old western movies. In fact, he played a small role in the western movie Show Down filmed here in the area in 1973.  George also enjoyed taking his wife Olivia to the casino where he always ran into an old friend or made a new one.

After retiring from the D.O.T. he enjoyed driving the school bus for the Chama Valley Schools. There he was respectfully addressed as Grandpa George or Uncle George.

He will be greatly missed by all.

The family would like to express our sincere gratitude to Ambercare and all the friends and family who were instrumental in helping us care for George.  We are eternally thankful for all of you.

Funeral Services will be held on August 4, 2022, at the San Jose Church in Los Ojos, NM. Rosary will begin at 10 a.m. with the mass at 11 a.m.  A private burial in Ensenada, NM will be held at another time.

In lieu of flowers George requested donations to St. Jude’s Children’s Research Hospital or the Shriners Hospital for Children.

To plant a beautiful memorial tree in memory of George Valdez, please visit our Tree Store.

To order memorial trees or send flowers to the family in memory of George Valdez, please visit our flower store.