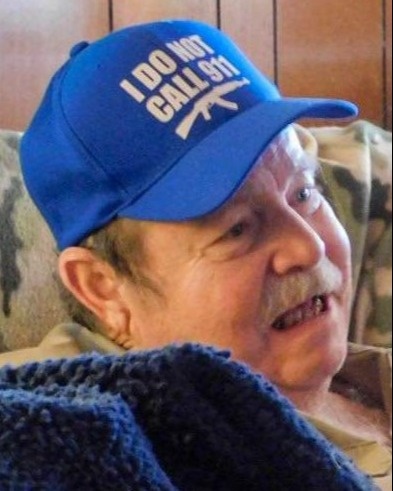 Gary D. Carter passed away quietly at Presbyterian Hospital in Albuquerque, NM on Sunday September 11th, 2022, after a lengthy illness. Mr. Carter is survived by his wife of 52 years; Mary Kay, one son Robert, his wife Grace and their five children; Cassandra, Karl, Antonio, Claire, and Jackson, one daughter Cristie, her husband Jeff and their two kids; Jaycee and Tyler and his wife Ashley and their son, Gary’s great-grandson, Colton. Sisters Linda and Carla and numerous other family members.

Gary was the proud owner of “did he bite ya”, the rattlesnake wrangling dog. He was the only man who jumped the Albuquerque canal from end to end on a motorcycle. He also proudly would tell you he hung on to the roof of car as it ran through a wall of fire just for entertainment. He never lost a coin toss because heads he won and tails you lost.

Gary will forever be missed. In memory of the “Grouchy Gringo”, “bury me upside down so the world can kiss my ass.”

To order memorial trees or send flowers to the family in memory of Gary Carter, please visit our flower store.