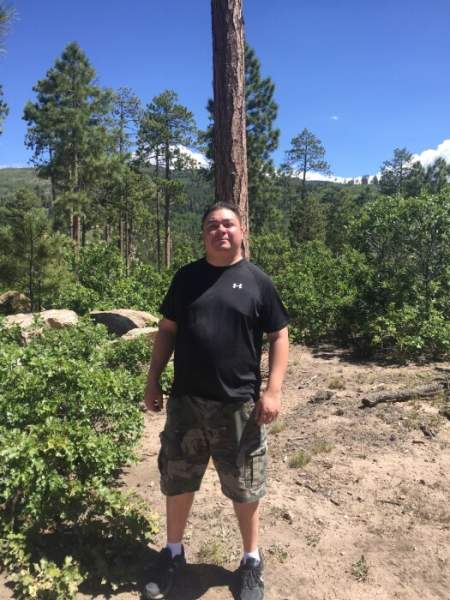 Gabriel Valdez 41 of Embudo, NM passed away on June 15th, 2022. Born April 21st,1981 in Espanola, NM to Maxine Valdez. He was preceded in death by his grandparents Silas and Oralia Valdez. Gabriel was a kind respectful loving soft soul who had a heart of gold. He loved fishing, being in the mountains and spending time with his family. He had a laugh that was contiguous and would light up the room when he was around. He worked at LANB for 20 years in several departments where he met a lot of friends that became like family. The last 3 years he worked for Thornburg Investments in Santa Fe as an IT Specialist where he touched a lot of hearts. He will be missed dearly by all who knew and loved him. Gabriel is survived by his loving Mother Maxine Valdez from Embudo, who he loved with all his heart and would do anything for her, Aunts and Uncles, Durcilla Duran and Oliver from Dixon, Loretta Valdez from Embudo, Ernest Valdez from Embudo, Jaime Valdez and Nora from Espanola, Vincent Valdez and Joylene from Alcalde and Chris Valdez and Erica from Hawaii, his girlfriend Shanda Valerio (her son, daughter and grandchildren), all his cousins from the Valdez side who meant the world to him, numerous friends and extended family that he held close to his heart.

To order memorial trees or send flowers to the family in memory of Gabriel Valdez, please visit our flower store.