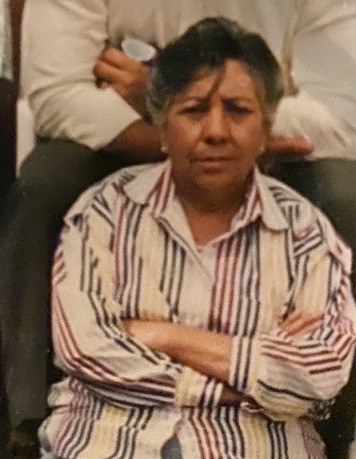 Frances R. Lopez (Chica) , 85, affectionately known to many as Chica was a lifelong resident of Tierra Amarilla, passed away peacefully on Sunday, November 22, 2020.

Chica was a very humble lady who gave all of herself to others.  She cared for many of her nieces and nephews helping in raising them and also cared for many children in Tierra Amarilla.  Up until her final days she referred to them as her kids and would always ask for all of them. Chica also worked as a cook at the High-Country Restaurant in Chama. She was a devoted catholic, who continuously prayed her rosary. A Rosary will be recited at the Santo Nino Parish on Thursday December 3, 2020 at 10:00 a.m in Tierra Amarilla. A Memorial Mass will follow at 11:00 a.m. Burial will take place at the Los Ojos Cemetery following the Memorial Mass.  The family of Frances R. Lopez (Chica) has entrusted the care of their loved one to DeVargas Funeral Home & Crematory of the Espanola Valley.

To order memorial trees or send flowers to the family in memory of Frances Lopez (Chica), please visit our flower store.