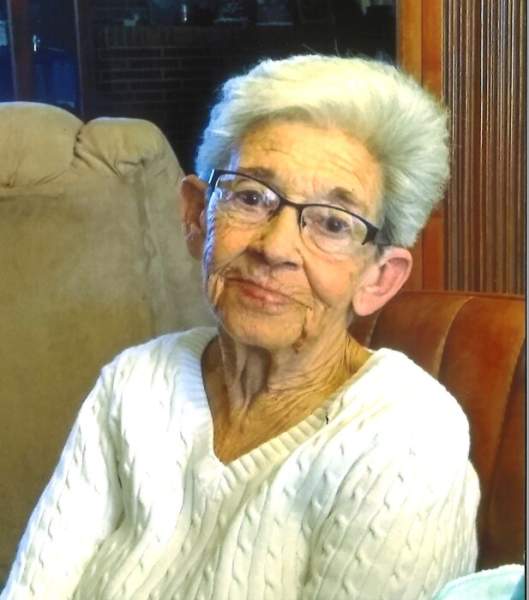 Eremita “Erma” Fresquez – Age 88, a resident of San Pedro passed away early Friday morning, January 14, 2022, surrounded by her loving family.  Erma was born on December 29, 1933, in El Rancho, NM and went on to meet the love of her life Ben at the age of 18.  From that day forward they were inseparable, and she became the most loyal and loving wife of 67 years.  Her legacy includes 8 children, 18 grandchildren and 29 great-grandchildren.  Life will never be the same without this incredibly strong, beautiful, intelligent, charismatic, hilarious, selfless and strong-swilled woman who we all loved dearly.  Erma will be greatly missed by all but will forever reside in heaven dancing with Ben and watching over their family and friends.

Erma is preceded in death by her husband Ben F. Fresquez, her daughter Yvette M. Archuleta (surviving son Christopher), her granddaughter Andrea Fresquez-Baros, her parents: Fabian and Ninfa Roybal and her brothers: Fernando and Augustine Roybal.

Funeral services are scheduled as follows:

Private burial to take place for immediate family at a future date.

The family would like to extend sincere gratitude for the compassionate care the Ambercare Hospice Team provided, in particular, Mariah Pizzano.

The family of Erma Fresquez has entrusted the care of their loved one to the DeVargas Funeral Home & Crematory of the Espanola Valley, 505-747-7477, www.devargasfuneral.com.

To order memorial trees or send flowers to the family in memory of Eremita Fresquez, please visit our flower store.