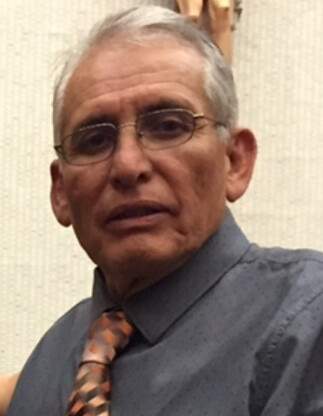 Edward David Lucero 73, a resident of Arroyo Seco passed away on September 6, 2022, unexpectedly.

Edward (known to his friends and family as Eddie, Luci, or Ed) was born in Tucumcari, raised in Albuquerque and graduated from Sandia High School.  At 18, he was enlisted into the Army and served in the Vietnam War with the 187th Assault Helicopter Company “Crusaders”.  Ed was proud to be a Vietnam combat veteran.  He often shared stories of his near-death experiences and the pranks he pulled with the amazing men that he came to regard as brothers.  After returning from Vietnam, he attended UNM, where he met and then married the love of his life, Louise Maestas.  Ed was an Ironworker for Local Union 495.  He excelled as a welder and fabricator for the Los Alamos National Laboratory until his retirement.

Ed had many interests during his lifetime:  He was a talented musician who played guitar, bass, and violin. As a teenager and young man, he performed with Al Hurricane.  Ed also played for the Matachines. He participated in the reenactment of Morros and Cristianos, was a member of the Mounted Sheriff’s Posse, and NM Vietnam Veterans Honor Guard.  Ed was a water protector.  He advocated for the protection of parciante’s water rights by studying the acequia laws, historical tradition in Northern NM, and doing what was right to benefit all.  Ed enjoyed volunteering in athletics. He helped with EVCA, coached wrestling and pop warner football, and supported many other school activities involving his children and grandchildren.

Ed lived life to the fullest.  The love of his family, friends, and helping others, especially youth, was what brought purpose and pride to Ed’s life.  He was loving and generous to those fortunate enough to know him.  To Ed, family always came first. He regarded his large family as his greatest fortune and biggest accomplishment.

A rosary will be prayed on Monday September 19, 2022, at 7:00 p.m. in the Sangre de Cristo chapel of DeVargas Funeral Home with a public visitation to begin at 6:00 p.m. a mass of Christian Burial will take place on Tuesday September 20, 2022, at 11:00 a.m. at Santa Cruz de La Canada and Burial will be at 1:30 p.m. Santa Fe National Cemetery with full military honors.

The family of Edward D. Lucero has entrusted the care of their loved one to the DeVargas Funeral Home & Crematory of the Espanola Valley 505-747-7477

To order memorial trees or send flowers to the family in memory of Edward D Lucero, please visit our flower store.