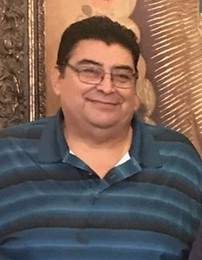 Edmund Victor Padilla, age 61, a resident of Chimayo, passed away on Wednesday, February 3, 2021 in Albuquerque.

Edmund as he was known to family and friends, was born in Espanola to Tito Padilla and Fidelina (Fiddie) Ulibarri on May 5, 1959.  He graduated from Espanola Valley High School in 1977 where he played football for the Espanola Sundevils.  Edmund enrolled at Highlands University and played football for the Highland Cowboys.  Edmund majored in the Electrical program and graduated in 1979.  He married Annadel Montoya in 1981.  Edmund worked at the Farmington Electrical Plant for 2 years.  Edmund then joined and completed the electrical apprenticeship program and started his career as an electrical journeyman with the IBEW (International Brotherhood of Electrical Workers) local union 611.  Edmund worked for two years at Johnston Atoll Island outside of Hawaii through contract work as an electrician.  Edmund returned back to NM and was employed in Los Alamos through JCI KSL and Johnson Control Contractors until his retirement in 2017.

Edmund was a quiet and humble man who enjoyed nature.  Any chance he had he would take advantage of driving to the mountains appreciating the scenery, fishing, and hunting during hunting season.  Edmund coached youth basketball when his sons were growing up and continued to help the local youth in the Espanola Valley until 2019.  Edmund was an avid sports fan who enjoyed watching the local high school basketball teams as well as professional teams.  He enjoyed gathering with friends to watch the Oakland Raiders and NBA Lakers.  Edmund enjoyed listening to all types of music and was always happy to visit with his dear friends.

Edmund is survived by his son, Daniel Padilla of Española; granddaughters, Tiana Padilla of Espanola, and Nyree Padilla of Chimayo; father, Tito Padilla of Las Cruces; brother, Dennis and wife Susan of Albuquerque; sisters, Angela K. and LuAnn and husband Ray Marquez of Las Cruces; mother of his sons, Annadel Montoya of La Mesilla; nephews, nieces and other relatives.

A rosary will be held on Thursday, February 25, 2021 at 10:00 a.m. at Holy Family Catholic Church in Chimayo, with a Mass to follow at 10:30 a.m. and a burial to follow at Nuestra Senora de Dolores Cemetery in Chimayo.

The family would like to express gratitude to Dr. Camila Jaramillo and the Sandia View Assisted Living staff in Rio Rancho. Services are pending at this time. The family ofEdmund Victor Padilla has entrusted their loved one to DeVargas Funeral Home & Crematory of the Española Valley. 505-747 – 7477 – www.devargasfuneral.com

To order memorial trees or send flowers to the family in memory of Edmund Padilla, please visit our flower store.