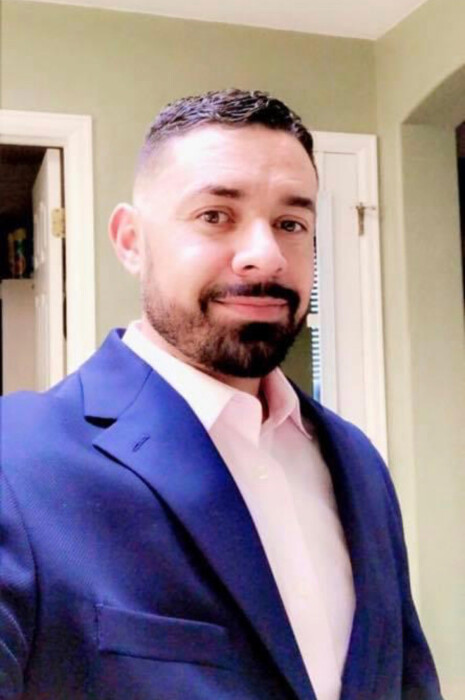 It is with great sadness that the family of Daniel (Esqui) Esquibel announce his passing on October 3, 2020. Our beloved son, father, brother, fiancé and friend left this Earth to be with our Heavenly Father. Daniel was born to Danny and Elaine Esquibel 36 years ago in Santa Fe, NM. He spent his childhood with his sisters Edna Esquibel and Danielle Mares in Pojoaque, NM, where he graduated high school. He became the proud father to Dominic, Destiny, Dionna ; and is survived by their mother Tamara Olivas; and he is also survived by his youngest son Davion Esquibel. He was most proud of this role in his life and his children were his pride and joy. Daniel had recently become engaged to the love of his life Jenn Rodriguez and was looking forward to merging his life with his bonus daughters Marlena, Mariah and Hope. He was the crazy uncle to Adam Pacheco, Brenden and Jordyn Mares and Noah and Jonah Sanchez. Daniel loved his role as a Godfather to Anika Fernandez, Amaree Jaramillo, Adam Pacheco and Brenden Mares. He truly considered them his own children. Daniel was ecstatic when Patrick Mares married into the family and he got the brother he always wanted.

For anybody who had the opportunity to cross paths with Daniel they will remember his infectious, radiant smile and his overall zest for life. Daniel loved his family and friends deeply and never met anyone he would consider a stranger. Everyone was family to him. Daniel will be remembered in Northern New Mexico for his years of service to the youth as a football, basketball and baseball coach. He was pivotal in developing the Pojoaque Crush Youth football program and he helped inspire hundreds of Pojoaque’s athletes. He continued his support for youth football when he moved to Littleton, CO where he became an avid supporter of Columbine football. In the short six years he lived in Colorado he aquired a huge community of friends who loved him. The outpouring of support and love shown to his family and friends at this time is a testament to the impact his life had on so many people. The communities of Pojaoque, Espanola, Santa Fe, Albuquerque, NM and Littleton, CO will grieve the loss of his great life.

Pallbearers will be Dominic Esqui, Adam Pacheco, Coach Tito Campos, Charles Guillen, Patrick Mares, and Hendrick Garner. His honorary pallbearers will be the entire Crush and Pojoaque Football organization and Columbine Rebels Football Program. He is survived by many cousins, Aunts, Uncles and too many friends to list. He is preceded in death by his Grandparents Edna and Lebrado (Lee) Esquibel, Amelia and Ed Quintana and Cipriano Martinez, and his aunt Debbie Dominguez.

Public Visitation will begin on Monday, October 12, 2020 at 4:00 p.m. in the Sangre de Cristo Chapel of DeVargas Funeral Home & Crematory, with a devotional service to follow at 6:00 p.m. Funeral will be held on Tuesday, October 13, 202 at 10:00 a.m. at Freedom Church with burial to follow at Rosario Cemetery in Santa Fe, NM. The family of Daniel (Esqui) Esquibel has entrusted the care of their loved one to the DeVargas Funeral Home & Crematory of the Espanola Valley. 505-747-7477-www.devargasfuneral.com

To order memorial trees or send flowers to the family in memory of Daniel Esquibel, please visit our flower store.