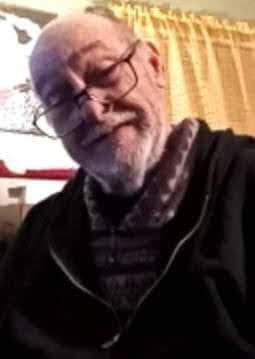 Charles was preceded in death by his daughter Andrea Trujillo and 2 grandchildren Marina and Esai Trujillo. As well as former wife Carol A. Phillips.

Charles was born on May 19, 1955, in High point, North Carolina in Guilford County, where he grew up. Charles loved the great outdoors. A lover of wildlife and all animals which he loved communicating with daily. His hobbies included fishing, listening to country music, and walking around ruins near his home in El Rito. He worked in several security and law enforcements firms including but not limited to Pinkertons, North Carolina protective services and more recently Santa Claran Casino and hotel. He was also a private Investigator and private Detective for the State of North Carolina.

The family of Charles Kenneth Phillips has entrusted the care of their loved one to The DeVargas Funeral Home and Crematory of the Espanola Valley. 505-747-7477 www.devargasfuneral.com

To order memorial trees or send flowers to the family in memory of Charles Phillips Sr., please visit our flower store.