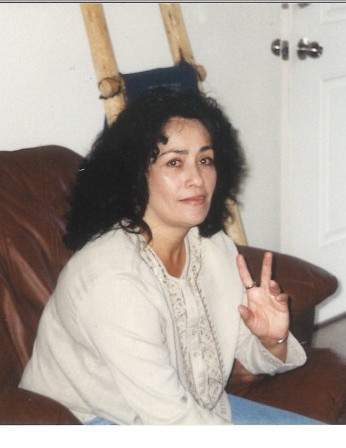 Cathy was born on October 1, 1959, to Remijio and Adelia Torrez.  She was one of 13 children and the youngest of the daughters.  Cathy married Sammy Cordova at a young age and together they gave life to their daughter Rebecca and their son Freddie.  Cathy loved her children very much.  Her son especially was the light of her life, and they were very much inseparable.  She was always very proud of her two children and would boast whenever someone would give her a compliment about how well she raised them both. She worked hard her entire life and instilled those same values in her son and daughter and in many of her nieces and nephews.  Cathy was always a leader in what she did.  Throughout her career, she always held management positions.  She always worked hard to mentor her employees and be a good boss.  Cathy was very well known in the community of Cordova and was very proud to say that she was a “Cordovenia”.  She always smiled and waved a peace sign at people passing by.  Although she worked hard, she was not one to shy away from some fun. She enjoyed going to casinos and country music concerts with her son and daughter. She enjoyed listening to music and going out to dance.  She was still dancing up until her last days in life.   Cathy loved “country living” in Cordova and enjoyed being outdoors.  She was quite the animal lover and had a soft spot for her chihuahua dogs. Cathy made an impression in so many lives and she will be greatly missed by all who knew her.  May she rest in peace.

A public visitation will begin on May 18, 2022, at 6:00 p.m. in the Sangre de Cristo Chapel of DeVargas Funeral Home & Crematory followed by the Holy Rosary at 7:00 p.m. a second Rosary will take place at Holy Family Church in Chimayo on May 19, 2022, at 7:00 p.m. with a Public Visitation starting at 6:00 p.m. A mass of will take place on May 20, 2022, at Holy Family Church in Chimayo at 10:00 a.m. with a burial to follow at the Cordova Catholic Cemetery with the following serving as Pallbearers:

The family of Cathy L. Cordova has entrusted the care of their loved one to the DeVargas Funeral Home & Crematory of the Espanola Valley 505-747-7477 www.devargasfuneral.com

To order memorial trees or send flowers to the family in memory of Cathy Cordova, please visit our flower store.