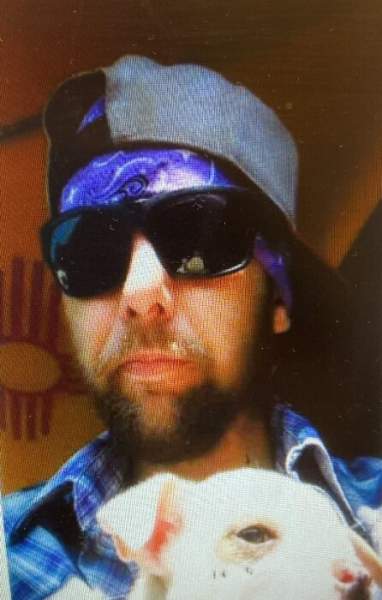 Burt Isaiah Garrett, 33, a resident of Servilleta, passes away on Sunday, October 24, 2021 of injuries sustained in an auto accident.

He was preceded in death by his parents; William and Susan Garrett.

He is survived by his foster father Arthur Archuleta of Servilleta. Two brothers; Travis Garrett of Espanola, and Tyrell Garrett of Santa Fe. One sister Pauline Garrett of San Jose, California.

Services will be held at a later date.

The family of Bert Garrett has entrusted the care of their loved one to the DeVargas Funeral Home & Crematory of the Espanola Valley. 505-747-7477 www.devargasfuneral.com

To order memorial trees or send flowers to the family in memory of Bert Garrett, please visit our flower store.