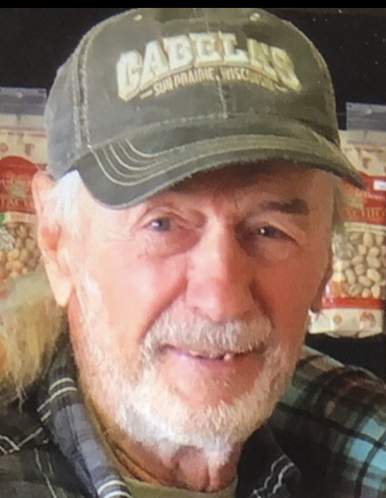 Arthur Lloyd Steindl , 89, a resident of Chama, passed away peacefully on Sunday, January 17, 2021. Arthur's passing was as he wished it, at home with his wife Beverly and his beloved cats nearby.  Arthur was the son of Albert and Francis (Kelly) Steindl. Arthur married his wife Beverly Timm in 2002.

Arthur farmed for most of his life in Orfordville, Wisconsin.  Arthur enjoyed being close to the land and loved animals of all kinds.  Arthur milked dairy cows for all of his farming career, but also raised pigs and chickens for a period of time.  Arthur's farm was home to many cats, dogs, horses and even one sheep.  Arthur initially used mainstream farming methods but evolved in time to more earth friendly practices, transitioning to organic and strip farming methods to honor and preserve the land.  Arthur was a pioneer of sorts, as he started organic farming well before this was a widely accepted and respected practice. The farm was a hard task master.  When able to get away, Arthur enjoyed bowling, dancing, camping and trail riding on horses with his family.  Arthur was also a huge Wisconsin sports fan. He loved the Green Bay Packers and the Wisconsin Badgers.  A memorable moment for Arthur was sneaking away during a Badger game to shake the hand of Barry Alvarez.

After retirement Arthur traveled to Colorado and New Mexico.  As he toured the area, he realized that Chama, felt like home, so that is where he made his permanent residence.  New Mexico has an independent and mystic vibe which fit Arthur's personality. He felt in tune with nature and was passionate in his beliefs, which were all his own.  Arthur remained healthy and active until shortly before his death.  He worked at odd jobs, loved gardening and chopped wood well into his 80's.  He enjoyed watching the hummingbirds in his garden, breathing in the mountain air and the company of his 3 beloved cats.  Arthur was a tolerant, spiritual, and generous man, accepting of people of all cultures.  He will be missed by the many friends he made in Chama and most certainly by his wife and family.

Arthur is survived by his wife, Beverly; his children, Wendy (Tom) Williams, Jeff (Emily) Steindl, Robin (Larry) Seale; his grandchildren, Aaron Williams, Casey Barbee, Lauren Lee, Caleb Seale, Joshua Steindl, and Sarah Steindl. Arthur was also loved and will be missed by Beverly's children, Felina Boraca and Naomi Richardson and their families. Arthur was preceded in death by his parents; a brother, Harlan and 3 sisters, Eldora Mani, Viola Roettger and Charlotte Reavis. A private family gathering for Arthur will be held at a later date. The family requests memorials in honor of Arthur be sent to the Chama Valley Humane Society. The family of Arthur Lloyd Steindl has entrusted their loved one to DeVargas Funeral Home & Crematory of the Española Valley. 5

To order memorial trees or send flowers to the family in memory of Arthur Steindl, please visit our flower store.