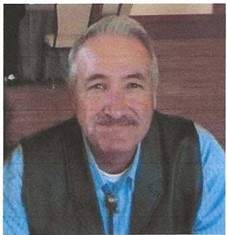 Anthony (Tony) DeHerrera, 67, beloved husband, father, grandfather, brother, uncle and friend, was called home to the arms of our Lord on Sunday, August 7, 2022, after a 2-year battle with Pancreatic Cancer. He passed away at his beautiful mountain home in Chama, New Mexico surrounded by his family.Tony was born May 28, 1955 in Farmington, New Mexico to Robert and Sylvia (Gomez) DeHerrera. Both have preceeded him in death.

Although Tony was born in New Mexico, he spent most of his life in Utah where he grew up, went to school and later enlisted in the US Navy. He served his country during the Vietnam War and served two "Westpacs" aboard the naval ship, the USS Enterprise. During those navigations, he was able to experience many places of interest and cultures. He was a proud Navy veteran who loved his country. Tony, at age 65, after many years, retired from Big West Oil then moved to Chama, New Mexico; a dream he and his loving wife and best friend, Shauna, always had and were able to fulfill.

Being a true outdoorsman, Tony loved camping, fishing, hunting, and prospecting, that sometimes included different family members or friends and often included, his favorite horses, Dat and Button. He loved riding and enjoyed giving family rides on them as well at both homes in Randlett and West Haven, Utah. But most of all, he truly loved his family first. We all love him so much and will miss all his many stories about his adventures and travels. He had a voice that was so mesmerizing and you could just listen to him for hours. He was truly our hero and was admired by all who knew him.

When Someone you Love Becomes a Memory, the Memory Becomes a Treasure. You will be Treasured and Remembered but never Forgotten. We Love You!

The Cathedral Basilica of St Francis of Assisi

The Cathedral Basilica of St Francis of Assisi

To order memorial trees or send flowers to the family in memory of Anthony "Tony" DeHerrera, please visit our flower store.