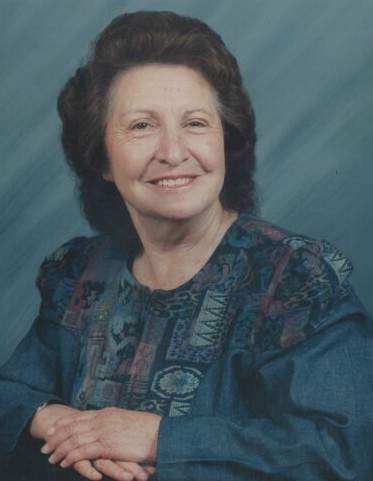 Alice S Sanchez March 1, 1931- December 25, 2021 Alice was born in Chamita, NM to Leandro & Odila Salazar. She was their second child and first daughter. She grew up helping on the ranch and helping her dad with the sheep up in the mountains. She graduated from McCurdy in 1950. She then began her career in retail. She met Paul Sanchez from Lyden and were married July 26th 1958. They were finally blessed to have a daughter and two boys. Due to Paul's disability she stayed home to care for him while they raised their family. She did this until his death in December 1983. She then returned to work to support her family working at People's Department store until it closed then worked at Fairview Department Store. She also worked at the San Juan Casino serving breakfast. She then retired and stayed home helping to raise her grandkids. In May 2011 she suffered a stroke and that along with Parkinsons disease slowed her down. She was a devout catholic and prayed daily. She still enjoyed visiting family and going out on a drive to view nature and God's splendor.

A rosary will begin on Tuesday January 18, 2022 at 10:00 a.m. and a mass of Christian burial to follow at 11:00 a.m at St John the Baptist Church in Ohkay Owingeh, with a burial to follow at the San Pedro Catholic Cemetery in Chamita with the following serving as Pallbearers; Andrew Sanchez, Manuel Joseph, Anthony Romero, Dennis Paul Trujillo, Orlando Trujillo, and Isaac Salazar.  Honorary Pallbearers will be Veronica Trujillo, Megan Trujillo, Caitylyn Sanchez, Taylor Sanchez, Cheryl Chavez, Rick Manzanares, and Ricky Salazar and all other nieces and nephews

The family of Alice Sanchez has entrusted the care of their loved one to the DeVargas Funeral Home & Crematory of the Espanola Valley, 505-747-7477 www.devargasfuneral.com

To order memorial trees or send flowers to the family in memory of Alice Sanchez, please visit our flower store.